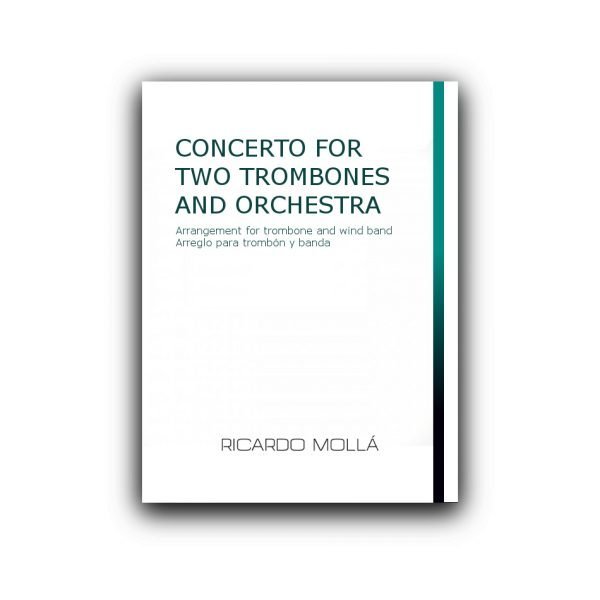 The orchestra consists of:

Additional information about the Concerto for two trombones and orchestra

Commissioned by the International Trombone Festival (ITF) 2015 hosted in Valencia. The piece is dedicated to Jörgen van Rijen (principal trombone of Concertgebouw Orchestra) and Michel Becquet (Professor of the Conservatory of  Lyon).

Premiered on 14  July 2015 by Jörgen van Rijen, Michel Becquet and the Valencia Symphony Orchestra, conducted by  Gaspar Sanchís. It was the last piece of the final ITF’s Concert.

This arrangement was made on 2018 by Ricardo Mollá, in order to be premiere in Japan by Ian Bousfield and Yu Tamaki on March 21th 2018.

There are no reviews yet.